Technology and Initial Use Case: Kaloom’s embedded 5G User Plane Function (UPF) is built on its foundational Cloud Edge Fabric™ product. The solution provides a factor of 10x in throughput,100x in lower latency at 1/10th the cost per Gbps than any incumbent vendor. As a result, Kaloom is experiencing tremendous traction from the largest telecom and data center operators worldwide in its development and delivery of the first container-based software networking fabric with integrated switching and routing. The solution allows emerging applications to be delivered in a cost-effective and scalable fashion. The company and its solutions have been considered to be among the top 12 telecom disruptors of 2019 by a telecom industry trade publication. 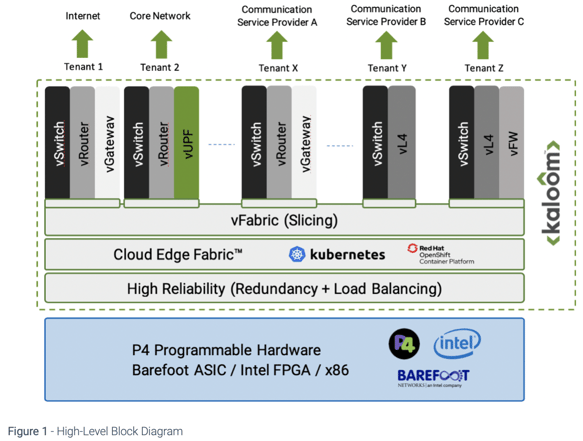 Market Size, Trends and Drivers: Before the end of this decade, over 50B devices will be connected to the Internet and served by Cloud Native Applications running within a range of different sized data centers; hyperscale to edge data centers. 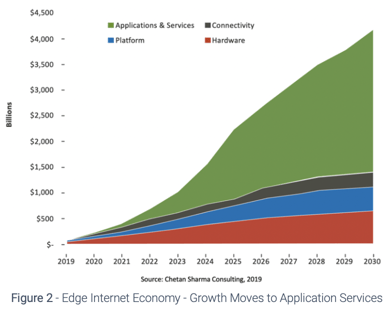 Industry Problems Addressed: Unfortunately, the existing IT infrastructure is unable to scale and is inadequate in its ability to sustain new applications and devices in an environmentally friendly and business-viable fashion. In today’s world, IT infrastructure is still siloed and while servers and
storage have advanced, networking remains far behind from a virtualization perspective, resulting in much slower responsiveness to the application needs of internal and external customers. IT infrastructure is also responsible for 4% of the total greenhouse gas emissions. Without more power-efficient solutions, it is expected that these new applications will cause the associated amount of GHG to double by 2028.

Designed with the most mission critical workloads in mind for 5G, it offers the most scalable, lowest latency, and highest performance UPF solution in the industry. For more information, click the button below.